Introducing a brand new, virtual way to game that puts you in the middle of the action!Its no secret that augmented reality (AR) has dominated todays gaming landscape. Its easy to see why who doesn’t want to feel like they’re actually a part of the game that they’re playing? Odyssey Toys introduces the Upshot Bow & Arrow, which puts you right in the middle of the heart-pounding action by turning you into an augmented realty first-person archer!

For hardcore and even casual gamers, life can be one big video game. Odyssey Toys latest creation, the Upshot Bow & Arrow, sets the stage for gamers to be placed hunting in a jungle, exploring in a fantasy world, in a forest targeting ducks, and various other thrilling scenarios that test your accuracy and skill. Use the free app and attach your smartphone to the bow to turn your device into a virtual arcade.

The app lets you download various settings and worlds hunt ducks in a pond and get points for getting as many as you can, or access the world of tribal warriors and go to war with your opponent. You’ll be able to access various real world maps and locations as the backdrop, sprinkling in colorful creatures, engaging plots and epic quests.
Want to get points for accurately picking off ducks in a pond? Maybe you want to take on a gang of bad guys and gain extra points for well-placed shots. The Upshot Bow & Arrow gives you the power to play in plenty of action-packed environments, and the best part is you can play it anywhere you want. Its portability and convenience will have you setting up your mobile arcade wherever you see fit. 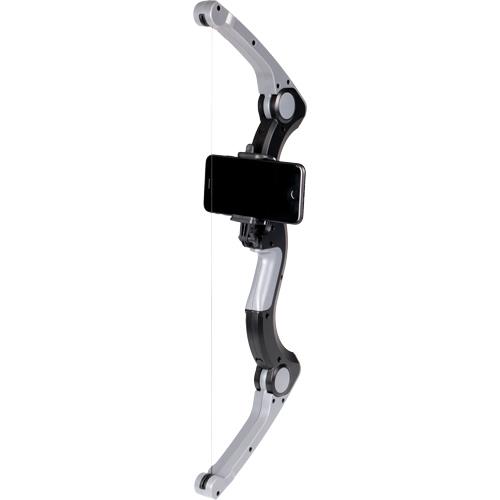 Earbuds designed to tune in to every moment

Pump up the Music

BBQ like a Pro with the Napoleon Prestige Grill

Earbuds designed to tune in to every moment

Connect the Heart of Your Home

ABOUT US
Learn more about news, events, and happenings at BrandsMart USA!
FOLLOW US
© BrandsMart USA® and BrandsMartUSA.com are registered trademarks of Interbond Corporation of America
MORE STORIES